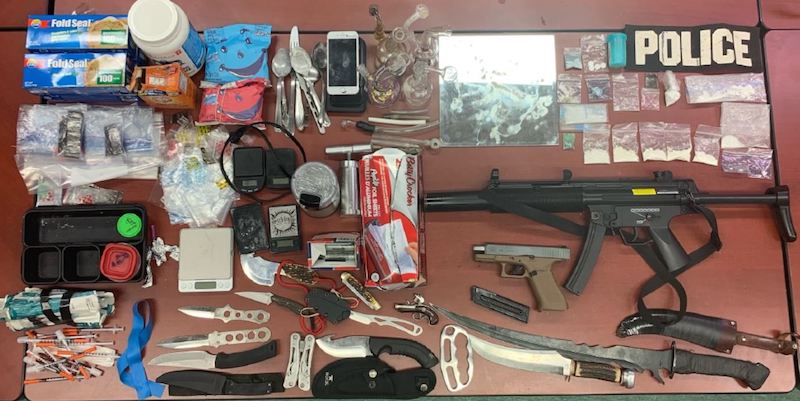 Drugs and weapons seized during a search of a home in Selkirk on July 30, 2021. (RCMP HANDOUT)

A Selkirk man has been charged after a search warrant turned up several drugs and weapons in the Manitoba city.

Daniel Cook, 34, was arrested on scene and remains in custody on multiple drug and weapons charges, including resisting arrest and five counts of failing to comply with conditions of a release order.