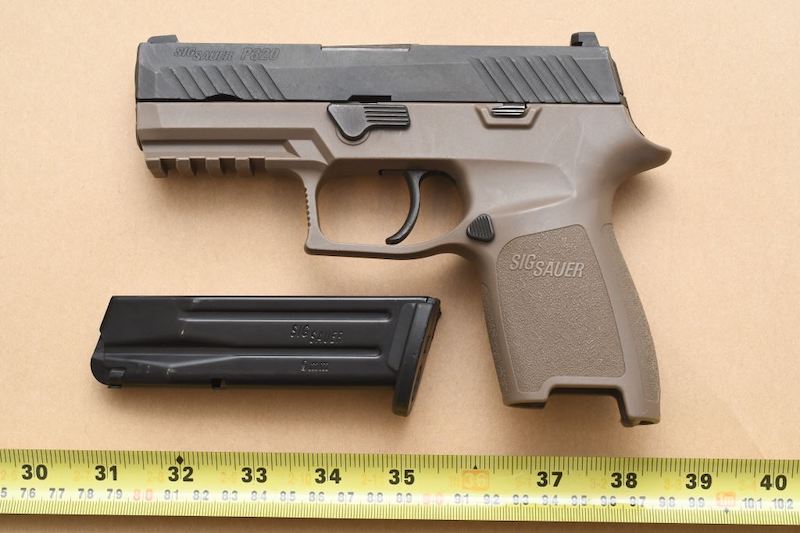 A gun seized by Winnipeg police during a traffic stop on Sunday, August 8, 2021. (WPS HANDOUT)

WINNIPEG — Three people have been charged after a traffic stop last Sunday netted police drugs, a gun and cash.

Officers conducted a traffic stop at around 8:10 p.m. on a Hyundai Elantra on Corydon Avenue at Boreham Boulevard. They immediately observed open liquor in the vehicle and items associated with drug trafficking.

All three people inside the car were removed, when the backseat passenger fled on foot. An officer began chasing the suspect and was able to grab hold of him, but began to struggle. During the encounter, the man dropped a loaded, 9mm semi-automatic pistol. An off-duty RCMP officer intervened to safely help place the suspect into custody.

Mohammed Yousuf Ali, 26, has been charged with numerous offences, including resisting a peace officer.

Akok Garang, 30, and Ismail Muse, 24, were both charged with drug-related offences.

Both were released on promises to appear in court.