Home » The Canadian Press » ‘A Pretty Big Hole to Climb Out Of’: Experts Weigh in On Pallister Stepping Down

‘A Pretty Big Hole to Climb Out Of’: Experts Weigh in On Pallister Stepping Down

By Brittany Hobson and Kelly Geraldine Malone, The Canadian Press 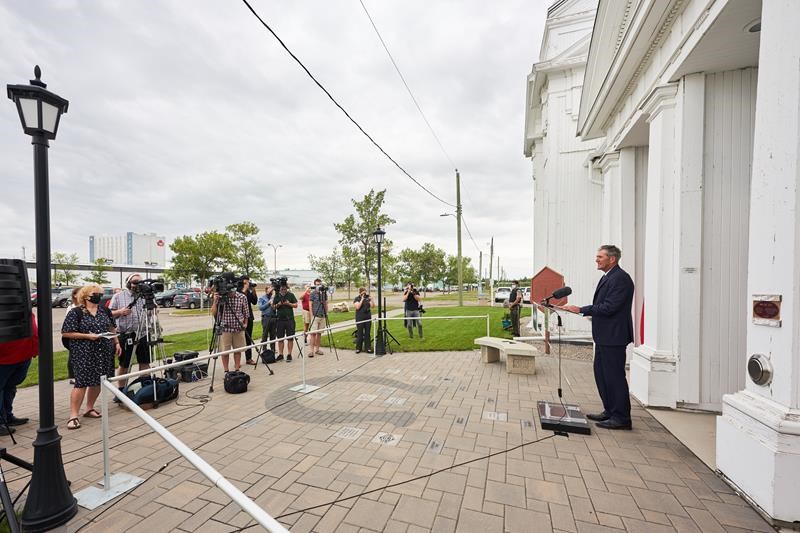 WINNIPEG — Manitoba Premier Brian Pallister’s announcement that he is leaving the job has set in motion a leadership race, and experts say whoever takes the helm of the Progressive Conservatives will need to distance themselves from his record.

“Even with a new leader, the Tories have a pretty big hole to climb out of,” Mary Agnes Welch with Winnipeg-based polling firm Probe Research said Wednesday.

Pallister announced Tuesday he is not running in the province’s next election in 2023. The premier had hinted for the last year that retirement was on his plate but the confirmation occurred following weeks of backlash over comments he made about Canadian history.

He apologized last week for saying that people who came to Canada before and after it became a country did not come to destroy but to build.

Paul Thomas, professor emeritus of political studies at the University of Manitoba, said he believes the party will have to pick a leader who has a softer image and is more willing to follow the province’s political tradition of constructive change.

“They want that kind of leader who won’t be as single-minded, determined and defensive as Pallister.”

He added there are no present front-runners, but the party could be looking at Families Minister Rochelle Squires, deputy premier Kelvin Goertzen or, at the federal level, Conservative member of Parliament Candice Bergen.

Thomas said the party would benefit from choosing an urban progressive candidate.

Finance Minister Scott Fielding said he is “very seriously” considering a run for the job.

Eileen Clarke, a former Indigenous relations minister, ended speculation she may also throw her hat in the ring, saying she does not intend to run.

Clarke said in a statement on social media that she is relieved Pallister will be stepping away. She resigned from cabinet after Pallister’s comments.

“There are many challenges before us but it’s a new day and we have a new opportunity to ensure a more transparent and inclusive future for all Manitoba people,” she said.

“I am confident in the weeks and months ahead with a renewed optimism for good governance.”

Pallister hasn’t said when he will step down and the party appears unaware how long he will remain.

Two Progressive Conservative sources who were at this week’s caucus meeting in Brandon said Pallister did not attend Wednesday. The sources, who spoke on condition of anonymity because they were not authorized to speak publicly, said caucus remains in the dark as to how long Pallister will stay.

The party’s executive council has said it will meet in the coming days to determine leadership contest rules. Its constitution states the next leader is to be chosen by all party members on a one-member, one-vote basis.

Most of the party’s team has remained quiet about who could fill the role. Pallister ran unopposed for leader in 2012, after spending years in provincial and federal politics.

His hard-driving approach won him few friends but helped guide the Tories to the largest majority government in a century in 2016.

Chartrand has had a long,contentious relationship with Pallister. Itworsened when the premier cancelled a $67.5-million agreement that was aimed at securing the federation’s support for hydroelectric developments.

“It’s going to take some real big bridge-building quickly by any new premier from the (Progressive) Conservative party,” Chartrand said.

Pallister’s legacy has seen many other fights and controversial legislation, and there is currently public anger over a plan to reform the education system.

The Opposition New Democrats are calling for that bill and four others to be abandoned now that Pallister has announced he is stepping aside. NDP Leader Wab Kinew said it’s time to hit pause on the legislation until the premier’s position is handed over.

“Mr. Pallister should take his legislative agenda with him,” Kinew said.

— With files from Steve Lambert