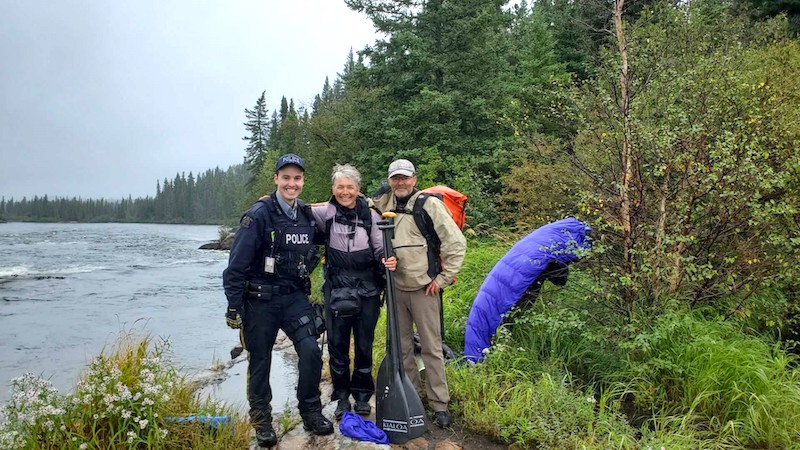 The rescued canoeists with an RCMP officer on the shores of the Hayes River on August 21, 2021. (RCMP HANDOUT) 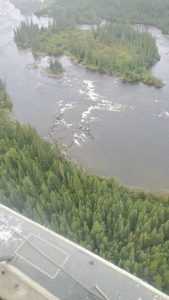 The location on the Hayes River where the canoeists were rescued. (RCMP HANDOUT)

Two stranded canoeists were rescued on the Hayes River last week after their watercraft became badly damaged while crossing a section of rapids.

Manitoba RCMP say they received a report from the International Emergency Response Coordination Center (IERCC), who picked up a GPS signal from the pair the afternoon of August 20.

The two experienced canoeists, a 60-year-old woman and a 63-year-old man, were located approximately 115 kilometres northeast of Oxford House, Manitoba when they experienced trouble.

The pair were stranded on the remote riverbank awaiting assistance, which came the following day. Thompson and Oxford House RCMP chartered a floatplane to the coordinates provided by the IERCC and rescued the two, who were wet but unharmed.

← Previous: Manitoba Reinstating Indoor Masks, Will Require Some Provincial Staff to Be Vaccinated Next: Manitoba Premier Not Committing to Stay on Until Leadership Vote →
Tags: Manitoba | RCMP