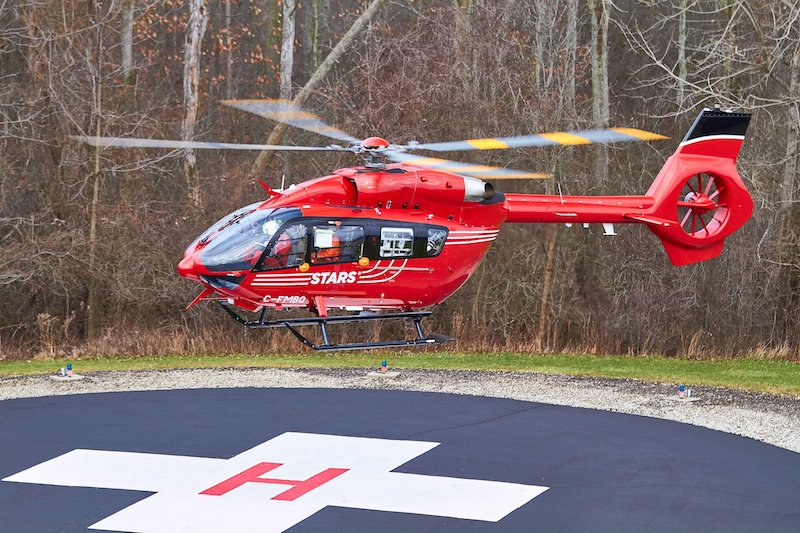 The new chopper was unveiled Tuesday in Winnipeg and is the result of continuous fundraising by the organization, with additional government support, to replace its aging aircraft across Western Canada.

“The bulk of our aging fleet are no longer being built and are becoming costlier to maintain,” said STARS president and CEO Andrea Robertson, in a statement.

“Additionally, independent assessments of the sustainability of our fleet told us we needed to move from two aircraft types to one.”

In 2018, STARS unveiled its multi-year Keep the Fight in Flight capital campaign to renew its fleet of BK117 and AW139 aircraft with new, medically-equipped Airbus H145 helicopters, at a cost of CAD $13 million each.

STARS hopes to cap off its fundraising campaign by the end of the year, with millions of dollars left to raise before then. The hope is to have the rest of the new fleet in operation across the western provinces through 2022.

Congratulations @STARSambulance Manitoba on the newest addition to your fleet – an Airbus H145 helicopter. #YWG is proud to support the organization through the 24/7 operation of the airfield so they can deliver emergency medical services to our community. pic.twitter.com/CtipK2aqib

It is a bursting-with-pride kinda day here at @STARSambulance in Manitoba.