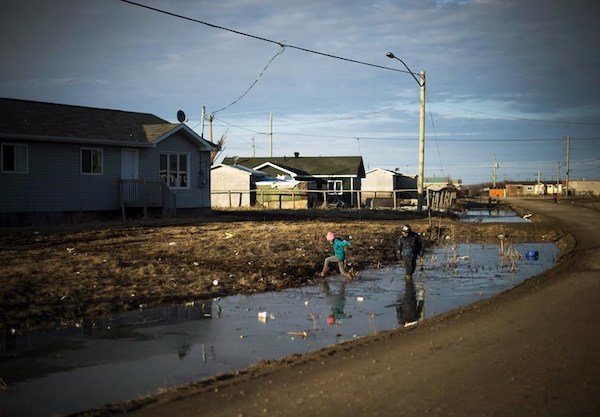 OTTAWA — The Congress of Aboriginal Peoples is filing a legal complaint against the Canadian government with the United Nations Human Rights Committee, alleging discrimination against off-reserve and non-status Indigenous People.

As part of that approach, the complaint says the government has chosen to engage with only three recognized groups: the Assembly of First Nations, the Metis National Council and the Inuit Tapiriit Kanatami, none of which represents off-reserve or non-status Indigenous People.

More than 70 per cent of Canada’s Indigenous People live off-reserve but the Congress of Aboriginal Peoples (CAP), which touts itself as their national voice, says it has not been involved adequately, if at all, in consultations or negotiations on self-government, land claims, health care, education or natural resources.

CAP’s complaint is being submitted under the International Covenant on Civil and Political Rights.

Complaints under the covenant are adjudicated by the UN Human Rights Committee, and since Canada is a signatory to the covenant, CAP argues it will be bound by the committee’s ruling on the matter.

The organization says it has chosen this approach because taking the federal government to court in Canada is “extremely expensive, takes many years to resolve and is unlikely to result in an effective remedy.”

“The legal filing clearly makes the case that the Canadian government’s discrimination is based on the inaccurate and stereotypical assumption that Canada’s off-reserve Indigenous People are less Indigenous than their reserve-based counterparts and that federal government programs and policy fail to meet their needs,” CAP says in a news release.