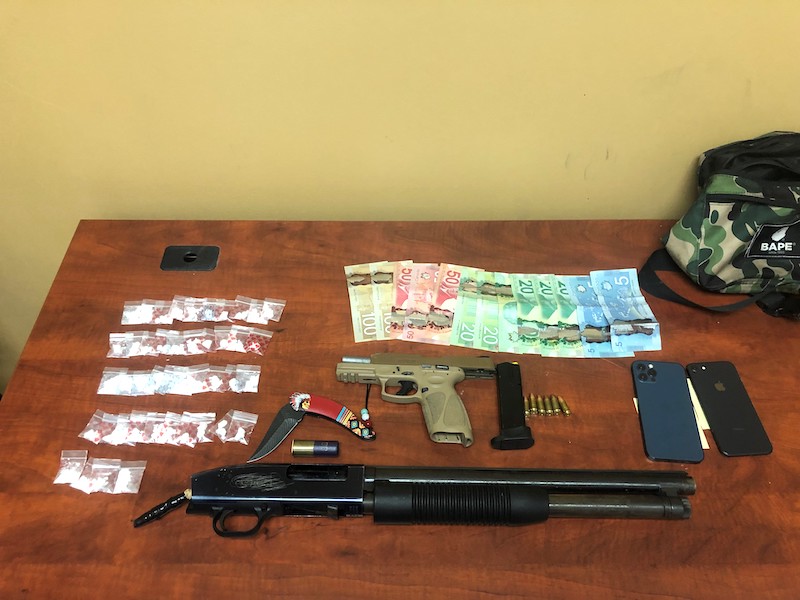 A traffic stop on Fisher River Cree Nation on Wednesday turned up firearms and drugs for police.

Peguis RCMP noticed a suspicious vehicle travelling south on Highway 224. As police turned onto the highway, the vehicle abruptly turned off the highway and onto a road in the community.

Officers initiated a traffic stop and seized a sawed-off shotgun, a loaded 9mm handgun and prepackaged individual baggies of a substance believed to be cocaine.

Jordan Govereau, 19, and Jerome Moore, 20, both from Fisher River Cree Nation, were arrested and charged with several offences.