Home » The Canadian Press » ‘Getting These Kids Back on Track:’ First Nations Adapt to School Year Lost to COVID

‘Getting These Kids Back on Track:’ First Nations Adapt to School Year Lost to COVID 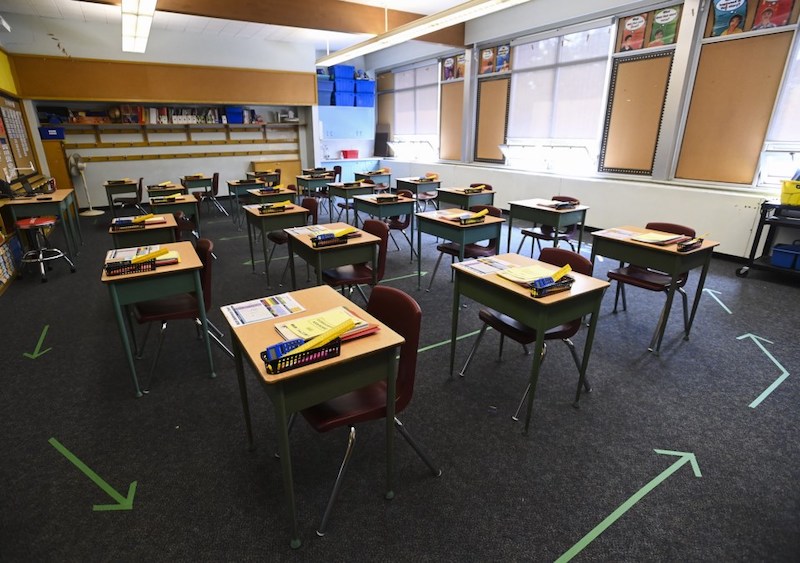 Shamattawa First Nation chief and council made the difficult decision to shut down the reserve’s only school last November after a COVID-19 outbreak devastated the remote northern Manitoba community.

They hoped cancelling classes for about 500 students at Kisemattawa Kiskinwahamakew Kamik School would be temporary. But as weeks brought growing case numbers, they realized the children were safer at home.

Last week, some 10 months later, students returned to the classroom.

“I know the kids are so happy,” said Chief Eric Redhead. “I think they feel normalcy coming back into the community and into their lives.”

He said the last COVID-19 infection in the community was about two months ago.

The last time students were in class, the community of 1,100 was dealing with more than 300 cases of the virus, forcing the school to be converted into an alternate isolation centre.

Redhead said the education department eventually held back students from progressing to the next grade.

“There was just not enough time in class to pass everyone,” Redhead said.

Shamattawa, located about 745 kilometres northwest of Winnipeg, deals with overcrowded homes, a water system that is unable to service the entire community and inadequate internet service.

Virtual learning was not an option, Redhead said, because of the unreliable internet connection and lack of computers or tablets in homes.

He said he believes the decision to hold students back was a good one given the circumstances.

“I don’t think it would have been fair for the kids to expect for them to learn on their own.”

Redhead said, for the most part, parents were understanding of the decision.

The school plans to continue with safety measures — including mandatory masks indoors, social distancing, temperature checks and frequent sanitization efforts. But Redhead said the community will resort to shutting down the school again if there’s another COVID-19 outbreak.

He worries about how that will affect the students’ academic success and hopes the next federal government, following the Sept. 20 election, will make reliable internet for northern and rural communities a priority.

Another northern Manitoba community also held back some of its students after a COVID-19 outbreak. the military was called in to help and three schools were shut down.

The education department came up with a dual curriculum plan for the 2021-22 school year.

“I think it will be a challenge, but it’s something we are capable of overcoming and getting these kids back on track to where they should be,” Halcrow said.

But it means 55 students who were supposed to graduate will have to repeat Grade 12 until January, he said.

Graduates will then have a chance to enter a transitional period before heading to post-secondary schools in the fall of 2022.

“It’s not all doom and gloom,” said Halcrow. “There are opportunities that have presented themselves. That is how we’re approaching this year.”

Garden Hill First Nation, located about 600 kilometres northeast of Winnipeg, had said in May it would have to hold students back due to the pandemic.

Ernie McDougall, who was recently hired as the new director of education for the community, wouldn’t confirm if that’s still the case for the 2021-2022 school year. He said the move was still being discussed within the education department.

— With files from Kelly Geraldine Malone in Winnipeg