Home » The Canadian Press » Winnipeg Murder Trial Told Attack on Boy, 3, Was Meant to Get Back at Child’s Mother

Winnipeg Murder Trial Told Attack on Boy, 3, Was Meant to Get Back at Child’s Mother 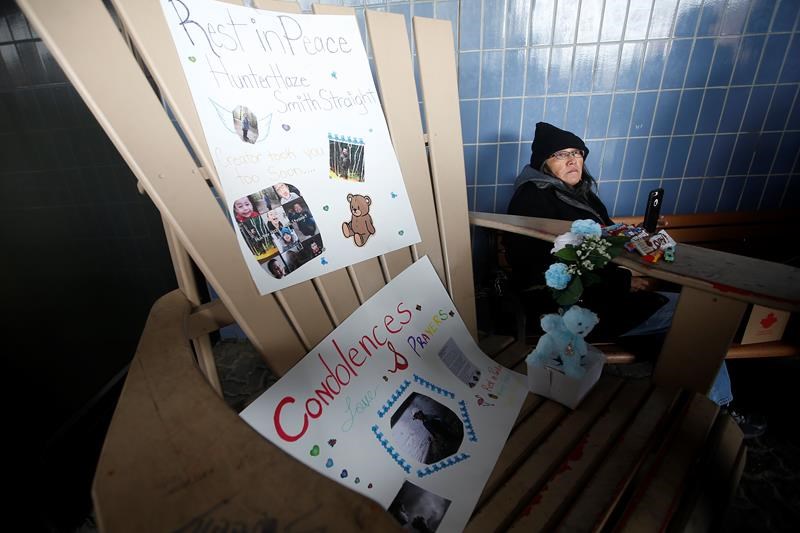 A woman sits beside posters of Hunter Haze Straight-Smith, the three-year-old who was allegedly stabbed by his mother’s boyfriend and taken off life support today, at a vigil outside Winnipeg’s Children’s Hospital, Friday, November 1, 2019. (THE CANADIAN PRESS/John Woods)

WINNIPEG — The Crown has told the trial of a man accused in the fatal stabbing of a three-year-old boy that the attack was an act of vengeance against the child’s mother.

Daniel Jensen, 34, is charged with first-degree murder in the death of Hunter Smith-Straight.

Prosecutor Courtney St. Croix said during her opening statement Monday that domestic violence is at the core of the case.

Police were called to a home in Winnipeg’s North End on Oct. 30, 2019, after family members found Hunter stabbed multiple times in a bedroom.

Court heard Jensen and the boy’s mother, Clarice Smith, were at a bar together earlier in the night when a fight broke out between the two.

Prosecutors allege Jensen went back to Smith’s nearby home and stabbed the boy in retaliation.

St. Croix told the jury that Jensen was overwhelmed by his desire to harm the boy’s mother and wanted to “hurt her in the cruellest way.”

“(Jensen) has so much rage toward his domestic partner,” said St. Croix.

Court heard Hunter was stabbed six times in his head and neck.

The toddler was transported to a hospital, where he was placed on life-support machines due to brain damage from severe blood loss. He was removed from the machines and died three days later.

Jensen was originally charged with second-degree murder, but that was upgraded to first-degree murder during a preliminary hearing.

The Crown said the premeditative nature of the attack justifies the first-degree murder charge.

The trial is scheduled to last for 20 days.