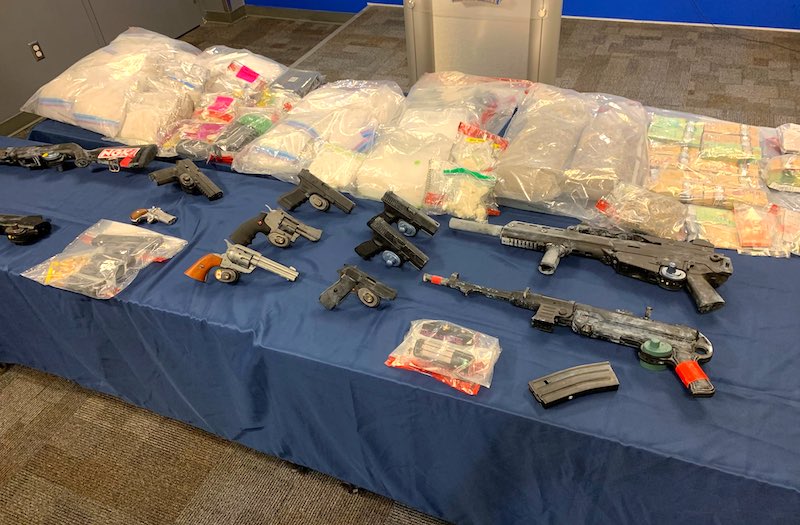 Items seized by Winnipeg police as the result of a guns and drugs investigation in August 2021. (WPS / HANDOUT)

The initial police investigation quickly turned into a firearm and drug investigation, where three search warrants were executed on August 19.

Four adults were arrested, and more than 100 charges were laid as a result of the investigation.

Joseph Liew, 36, was charged with 35 drug and firearm-related offences.

Laura Jeanne Powell, 26, was charged with 16 drug and firearm-related offences.

Police say all four suspects are from Winnipeg and remain in custody.