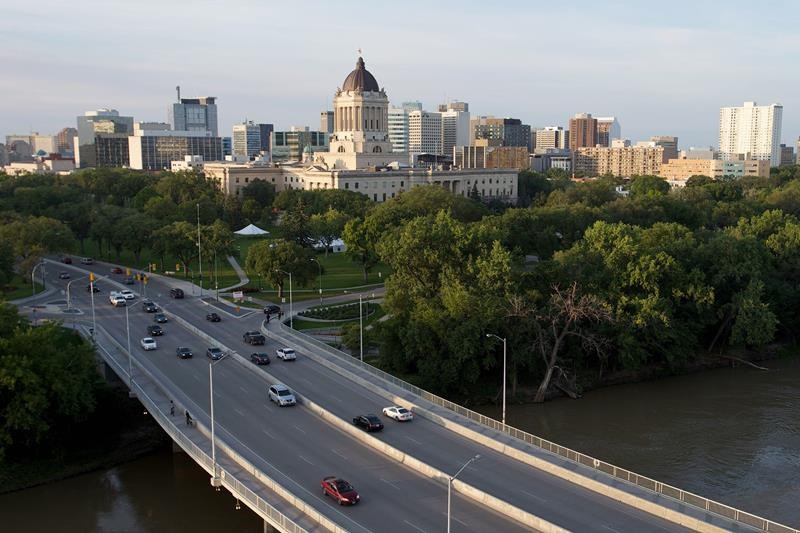 The Manitoba legislature in Winnipeg on Aug. 30, 2014. (THE CANADIAN PRESS/John Woods)

WINNIPEG — Manitobans will have a female premier for the first time.

Shelly Glover, a former Winnipeg police officer and one-time Conservative member of Parliament, and Heather Stefanson, a former Manitoba health minister, are the official candidates for the next leader of the province’s Progressive Conservative party.

Former premier Brian Pallister stepped down earlier this month and a leadership vote is to take place Oct. 30.

The party said Thursday that Glover and Stefanson are the only candidates who met all requirements for the race by the deadline.

Stefanson said she is excited to be on the ballot and, if selected, looks forward to moving the party forward.

“Regardless of what happens in this race, Manitoba will be lead by a woman for the first time in its history. This is an exciting and historic time for Manitoba,” she said in a statement.

Candidates had to provide nomination signatures from 50 party members in good standing, an entry fee of $25,000 and evidence of having sold at least 1,000 new party memberships.

They also had to participate in an interview to ensure a commitment to the party’s principles and values.

“This is a rigorous application process that embodies a broad range of factors, all of which have been carefully considered,” George Orle, chairman of the leadership election committee, said in a release.

“It’s an exciting time for us to engage Manitobans to elect the next premier of Manitoba, and we look forward to an enthusiastic campaign.”

Glover officially announced her intention to run last week and said she opposes COVID-19 vaccine mandates for front-line workers. She also said that if chosen leader, she would review how the government decided to require people to be vaccinated to enter restaurants, theatres, sports arenas and other venues.

The Tory government also brought in a requirement for health-care staff, teachers and others who work with children and vulnerable people to be fully vaccinated or tested up to three times a week.

Glover’s team said Thursday they will continue to campaign and approach every eligible voter to earn their support.

Stefanson started her campaign last month after Pallister announced he was stepping down. She submitted her resignation from her cabinet position so she could run for the leadership.

Stefanson has been the legislature member for the south Winnipeg constituency of Tuxedo since 2000. She has also served as minister of the justice and families portfolios.

She was deputy premier before she took over the health file earlier this year during the COVID-19 pandemic.

In a statement posted online in all capitals, Martin thanked his campaign workers but said the team ultimately came up short.

“We tried. We stepped up. And we put forward a realistic vision that didn’t reinvent the wheel but instead reflected (Manitobans),” said the statement.

Ken Lee, a former chief financial officer for the PC party, was also vying for the leadership, but it appears he did not qualify as a candidate.

The party would not comment on the specifics of the application process.

Pallister, who took over the Tory leadership in 2012, led the party to its largest majority government in a century in 2016 and to re-election in 2019.

Pressure for his exit began to mount in the summer after he came under fire for comments he made about Canadian history. He said that people who came to Canada before and after it became a country did not come to destroy but to build. He eventually apologized.

Glover or Stefanson will become the only woman to head a provincial government in Canada. Caroline Cochrane is the premier of the Northwest Territories.