Two Options on the Table for Ste. Agathe Bridge Improvements 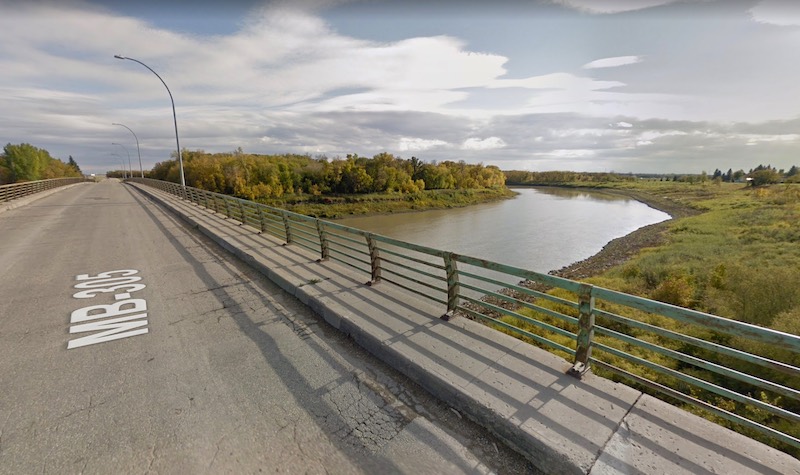 The Louis Riel Bridge on PR 305 near Ste. Agathe is the subject of a public engagement process on future improvements. (GOOGLE STREET VIEW)

WINNIPEG — The province has released public feedback results on the proposed improvements to the Louis Riel Bridge on Provincial Road 305 in Ste. Agathe.

More than 200 responses were received, of which 75 percent live in or near Ste. Agathe.

“The existing bridge was built in 1959 and serves as a vital link to Provincial Trunk Highway 75 that helps connect people, businesses and agricultural land on both sides of the Red River,” said Infrastructure Minister Ron Schuler.

The first alternative presented would require a bridge closure and would see the replacement of the entire bridge deck and railings, wider lanes and sidewalks, and an increase in the load-carrying capacity of the bridge. This option would require single-lane closures and approximately 16 weeks of full bridge closure over the one-and-a-half-year construction period.

The second alternative proposed would require the replacement of the entire bridge deck, girders and railings, and an increase in the load-carrying capacity of the bridge, a wider total roadway width and a new separated sidewalk. This proposed alternative would require approximately two years of construction work, with a minimum of one lane open at all times.

The province will consider the feedback to determine the preferred design alternative. A final decision on the bridge design is anticipated to be released in winter 2021-22.