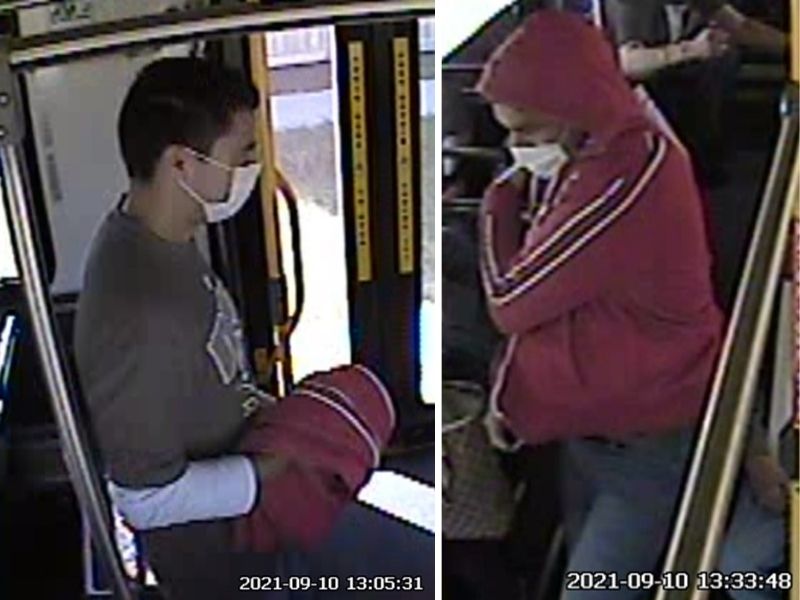 Winnipeg police are looking for this suspect, who is said to have robbed and assaulted a woman aboard a Winnipeg Transit bus. (WPS HANDOUT)

Winnipeg police have released surveillance photos of a man who they say robbed and assaulted a woman on a Winnipeg Transit bus.

The incident happened on September 10 at around 1:30 p.m. Police say the victim, in her 20s, was a passenger on the bus when the suspect grabbed her phone. When she tried to get the device back, she was assaulted.

The suspect left the bus near McPhillips Street and Burrows Avenue. The victim was transported to hospital where she was treated for her injuries.

The suspect is described as a male in his 30s, with a medium build. At the time, he was wearing a grey Winnipeg Blue Bombers T-shirt, followed by a red hoodie with white stripes on the arms.