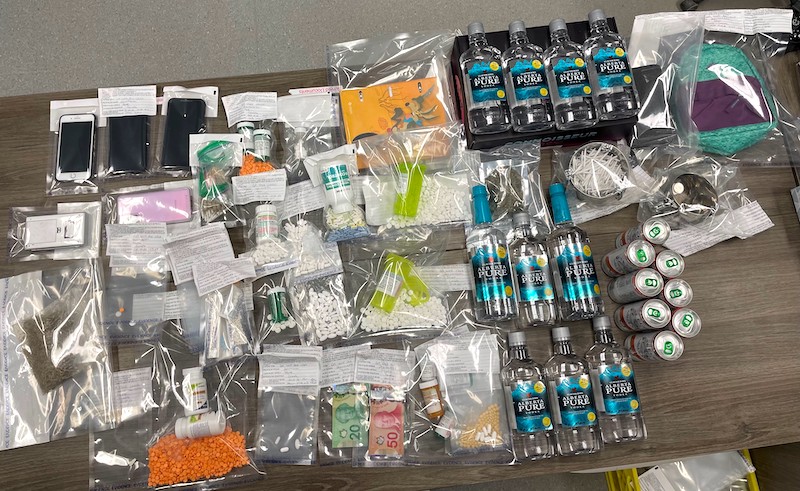 Four people have been arrested following a large seizure of illicit drugs in Kisematawa First Nation.

Manitoba RCMP executed a search warrant at a home on Wolf Avenue on Sunday, where officers seized more than 2,800 pills, including oxycodone, codeine and alprazolam. Officers also seized more than 100 grams of cannabis, numerous bottles of vodka and a quantity of Canadian currency.

Police estimate the street value of the items seized to be approximately $105,000.