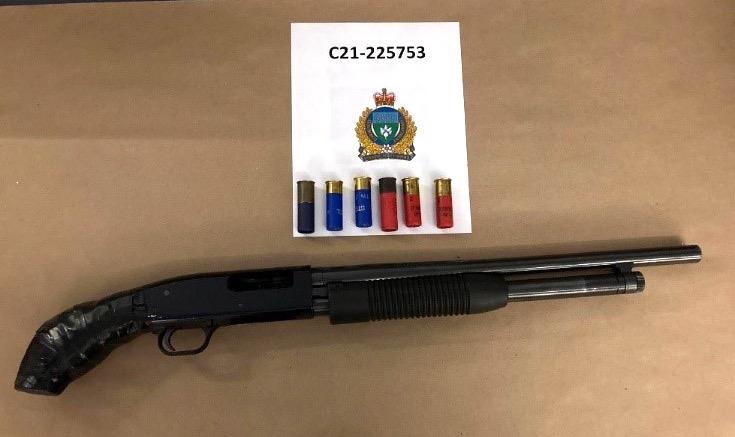 A shotgun seized by Winnipeg police in the 400 block of Sherbrook Street on Sunday, September 26, 2021. (WPS HANDOUT)

WINNIPEG — A disturbance call in the 400 block of Sherbrook Street on Sunday night has resulted in the seizure of two guns and drugs.

Police responded just before 10 p.m. where a group of people was being aggressive with a person outside of a residence.

Officers noticed a man trying to conceal a firearm from his waistband and quickly arrested him.

The firearm was determined to be a loaded 12-gauge shotgun.

A further search found the man also had a loaded sawed-off break-action .22 calibre rifle, as well as substances believed to be methamphetamine and fentanyl.

A 36-year-old Winnipeg man was taken into custody and faces numerous weapons and drugs charges.