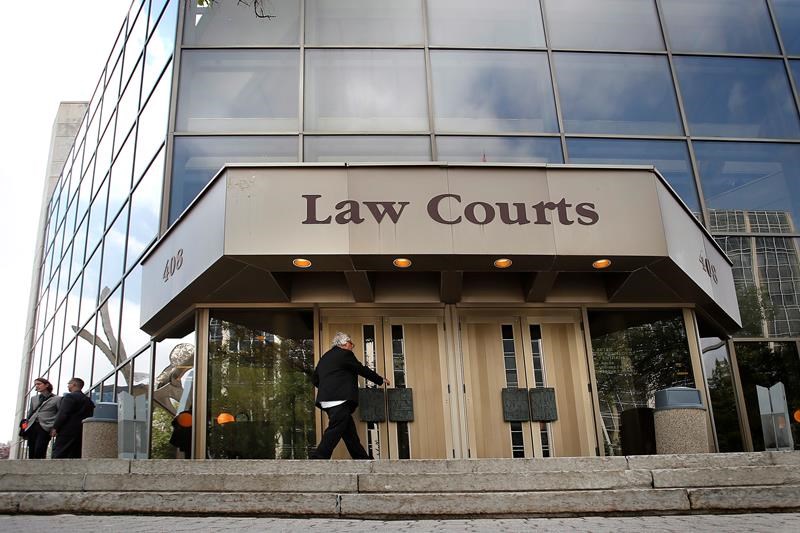 WINNIPEG — Prosecutors have told a jury there is no doubt that a Winnipeg man accused of fatally stabbing a three-year-old boy is guilty.

But Daniel Jensen’s defence lawyer said the Crown’s case is circumstantial since no one saw Jensen attack the boy nearly two years ago.

Jensen, 34, has pleaded not guilty to first-degree murder in the death of Hunter Smith-Straight.

Justice Herbert Rempel is expected to give his instructions to the jury Wednesday.

During closing arguments Tuesday, Crown prosecutor Jennifer Mann said Jensen wanted to hurt Hunter’s mother in the cruellest and most permanent way by taking the life of her only child.

The Crown said the core of the case is domestic violence.

Jensen was in a relationship with Clarice Smith, and court heard from multiple witnesses over two weeks that the couple had been violently fightingbefore Hunter was attacked in his home during the early morning hours on Oct. 30, 2019.

Hunter died three days after the stabbing when he was taken off life support in hospital.

The prosecution alleged Smith told Jensen that she and her son were moving away without him. Jensen later stabbed Hunter in the head and neck six times while the boy slept in his bed, the prosecution argued.

“He was ready to hurt anyone who crossed his path, but most of all he wanted to hurt Clarice Smith. She was leaving him and he knew how to hurt her,” Mann told the jury.

Court heard Jensen and Smith had earlier been visiting lounges, a casino and a friend’s place with Smith’s sister and her partner.

The group ended up at a bar in Winnipeg’s North End, where Jensen and Smith got into a violent argument.

“She rejected him and he brutally assaulted her. He punched her and kneed her repeatedly. He had to be pulled off her,” said Mann.

During the trial, the jury was shown surveillance footage from the bar.

Smith also testified that she punched Jensen after he threatened to have Hunter taken away from her.

Multiple witnesses testified Jensen threatened Smith more than once throughout the night.

He ended up leaving the bar by himself.

Throughout the trial, the jury heard from some of Hunter’s relatives who also lived in the home where he was attacked.

The Crown said no one saw Jensen attack the boy, but one relative let Jensen inside the home about a half-hour before Hunter was found injured.

Mann said Jensen had a motive to kill Hunter, he was let into the home and a short time later was seen running away. The toddler’s DNA was also found on Jensen’s clothes.

“There is no doubt that Daniel Jensen killed Hunter. None at all,” said Mann.

Defence lawyer Bruce Bonney, however, stressed that no one in the home saw or heard the attack and said it’s possible someone else in the home hurt Hunter.

Bonney said his client went back to the house to retrieve his belongings, after Smith told him she was moving away.

Bonney argued that Jensen found the injured child in the bedroom and that’s how the DNA got on his clothing.