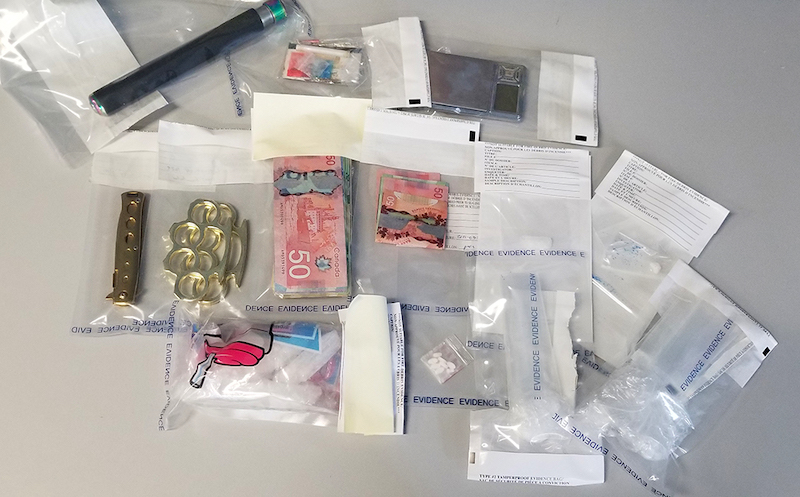 Items seized during a search of a home in Portage la Prairie on September 24. (RCMP HANDOUT)

Officers executed a search warrant on 3rd Street NW on September 24, where they seized five ounces of methamphetamine, 10 grams of cocaine, an undisclosed amount of Canadian currency, and several weapons, including a prohibited knife. Stolen property was also recovered during the search.

Dexter Roulette, 36, and a 55-year-old woman were arrested. The woman was released without charges.

Roulette remains in custody on charges of numerous drugs and weapons charges.