By By Kelly Geraldine Malone, The Canadian Press 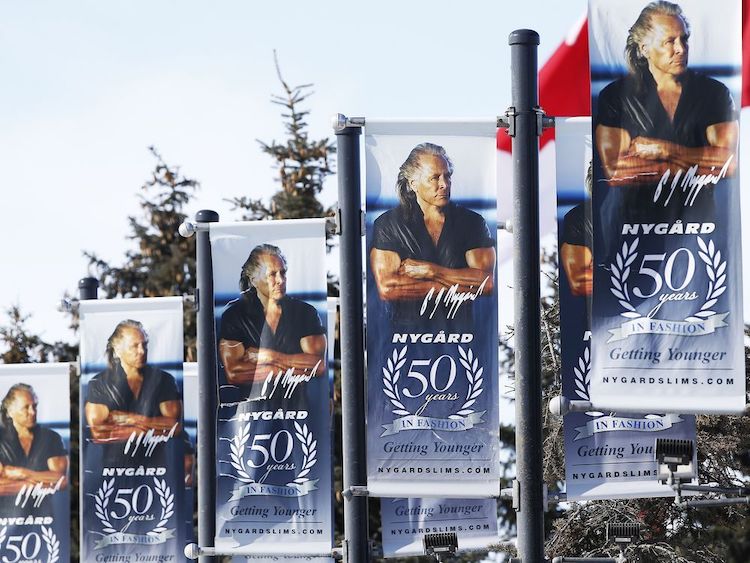 WINNIPEG — On the same day former Canadian fashion mogul Peter Nygard agreed to be extradited to the United States to face a charge of sex trafficking, police in Toronto announced their own charges.

Police say Nygard, 80, is to be charged with six counts of sexual assault and three counts of forcible confinement.

They say the pending charges relate to alleged assaults in the late 1980s and mid-2000s.

The charges were announced Friday as Nygard was in a Winnipeg court for an extradition hearing related to charges in the U.S.

“Mr. Nygard denies any allegations of criminal conduct,” Greenspan said outside the courthouse in Winnipeg.

Greenspan said it will be up to the federal justice minister to decide whether those charges will be dealt with before Nygard is extradited.

Earlier, Nygard appeared via videolink and consented to his extradition. Court heard he signed consent forms on Thursday.

He was arrested in Winnipeg last year under the Extradition Act and faces nine counts in the Southern District of New York.

Authorities there accuse Nygard of using his influence in the fashion industry to lure women and girls with the promise of modelling and other financial opportunities.

The extradition request from the U.S. details accounts from seven alleged victims who are expected to testify in a criminal trial in that country that their livelihoods and movements became dependent on having sex with Nygard.

Nygard has denied all allegations. He consented only to be extradited on the charge of sex trafficking.

Defence lawyer Jay Prober said Nygard is looking forward to addressing the allegations against him.

“His hope, and ours, is that he will be vindicated,” Prober said. “That’s the reason this process was expedited here in Winnipeg.”

Nygard applied for bail in January, but it was denied by a judge who cited concerns that Nygard would contact witnesses if released. Nygard appealed that decision and was again denied release in March.

Justice Jennifer Pfuetzner of the Manitoba Court of Appeal said at that time that Nygard’s detention was necessary to maintain confidence in the justice system, given the enormity of the allegations. She said the allegations “paint a picture of criminal conduct that was planned, financed and executed on a staggering scale.”

He is also the subject of a class-action lawsuit in the U.S. involving 57 women with similar allegations.

Nygard International has since filed for bankruptcy.