Manitoba to Designate Polar Bear as a Provincial Emblem 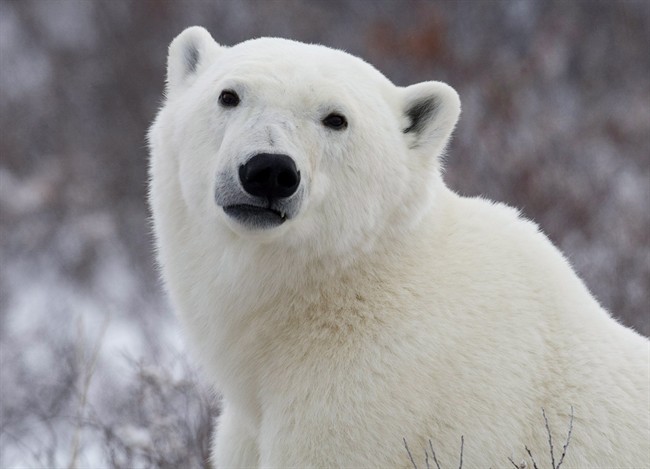 A polar bear poses for the camera as he waits for the Hudson Bay to freeze over near Churchill, Man., on November 7, 2007. (THE CANADIAN PRESS/Jonathan Hayward)

WINNIPEG — The Manitoba government has introduced legislation to designate the polar bear as an official provincial emblem.

“Northern Manitoba is known internationally for its polar bears, tourists come from around the globe to see and learn about these majestic animals in their natural habitat in Churchill,” said Goertzen.

“Recognizing the polar bear as an official symbol of Manitoba would help build on our province’s brand as the ‘polar bear capital of the world’ and a must-see, one-of-a-kind tourism attraction for visitors of all ages.”

Goertzen noted Manitoba’s tourism industry is a key contributor to the provincial economy and polar bears represent a significant draw to tourists from across the country and around the world.

Under the designation, or more specifically Bill 76, the Coat of Arms, Emblems and the Manitoba Tartan Amendment Act, the polar bear would become the second official mammalian emblem of Manitoba. In 2014, the North American plains bison was officially recognized as a mammal emblem.