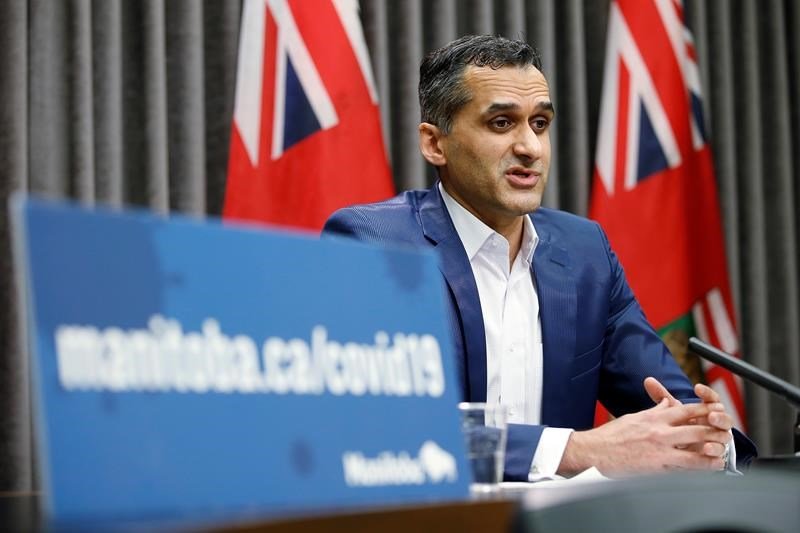 WINNIPEG — The Manitoba government is once again tightening COVID-19 rules in the southern health region, where vaccination rates are low and case counts are high.

People in the southern region will now be required to self-isolate if anyone in their home shows COVID-19 symptoms or is deemed a close contact of a case and is awaiting test results. There are exceptions for some people, such as those who are fully vaccinated or who have had COVID-19 in the last six months.

Household members in the rest of the province will continue to not have to self-isolate in such cases unless they themselves show symptoms.

The move comes less than two weeks after the province imposed a 50 per cent capacity limit on retail businesses in the southern region, while leaving the other four regions untouched.

Southern health has roughly 15 per cent of Manitoba’s population but had more active COVID-19 cases than any other region on Tuesday, provincial data indicates. It also accounted for seven of the nine deaths reported since Friday, and 161 of the 479 new cases in that time.

While there are localized outbreaks in other areas, including some isolated communities in the north, the southern region is seeing general widespread transmission.

“We need to break up as many transmission chains as possible,” Atwal said.

The government has tried to increase vaccination uptake in the southern region and Doctors Manitoba has held telephone town halls in the area to answer questions from people who are hesitant or opposed to the vaccine.

But the region continues to have the lowest rate of people with at least one vaccine dose — 67 per cent compared to the provincial average of almost 86 per cent. In one rural southern district, the rate is 25 per cent.