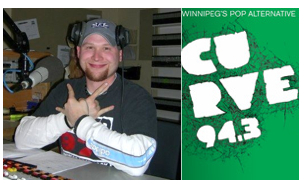 There was buzz this morning that Jay Richardson, formerly of Power 97, had joined the CURVE 94.3 morning show. I called around to a few people who wouldn’t spill the beans on the deal. But a source at CURVE 94.3 did confirm the information this afternoon in an e-mail.

In a note posted on his Facebook page, Jay wrote that he started at Power 97 on Oct. 1, 2001 as a 23-year-old producer. He also writes he’s very grateful for his time spent at the rock station and will miss everyone very much.