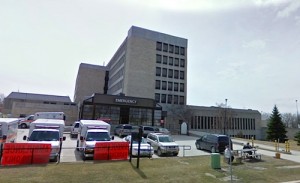 The Victoria General Hospital will celebrate its 100th anniversary on Sunday afternoon.

The event from 2 p.m. to 4 p.m. will include free cake and entertainment by the Fort Richmond Collegiate Sax Quartet and Senior Jazz Band, and Bairdmore Balladeers.

The original hospital first opened on March 13, 1911 on River Avenue. It moved to its current Pembina Highway location in 1971.