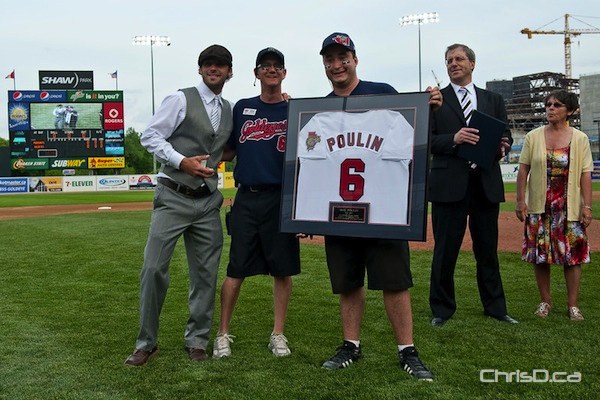 A sold out crowd of 7,465 helped the Winnipeg Goldeyes celebrate the retiring of Max Poulin’s number Tuesday night.

The former shortstop was honoured during “Max Poulin Night” at Shaw Park, where his famous No. 6 jersey was officially retired — the third time a Goldeye has received the honour.

Poulin was treated to a special tribute video on the JumboTron, and was even joined on field by his parents.

The Fish suffered a tough loss to end the evening, going down 4-3 in 10 innings to the Sioux Falls Fighting Pheasants. The two teams meet again today at 11 a.m.