Home » Entertainment » Aboriginal Films in the Spotlight at City Festival

Aboriginal Films in the Spotlight at City Festival 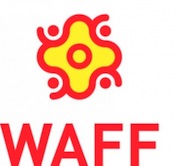 The best in Aboriginal cinema is about to celebrated, as the 10th annual Winnipeg Aboriginal Film Festival gets underway for another year on Wednesday.

From November 16-20, the University of Winnipeg’s Eckhardt-Gramatté Hall will host screenings of more than two dozen films. Festival passes of $25 will get you into every film during the four-day event.

A special documentary titled “Indigenous in the City” will show at 7 p.m. on Thursday, November 17, hosted by the CBC’s Wab Kinew. “The film beats down the stereotypical images of addictions, crime, and poverty as it examines how colonization affects us all, and how a dysfunctional relationship between non-aboriginal and aboriginal peoples can be fixed,” according to the WAFF website. Indigenous in the City will be a free screening.

To learn more about this year’s films, visit WAFF.ca.