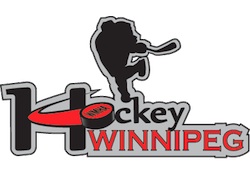 Hockey Winnipeg is one of 36 recipients chosen by RBC to receive a grant to help fund its programs.

The organization has received $25,000 as part of the RBC Play Hockey grant, which helps to invest in the city’s growing women’s hockey programming, including free coaching clinics for the newly developed novice and atom programs. The funds will also benefit the inner-city all-female atom team.

Winnipeg was one of the top regions to receive the large grant. OneGoal Association in Brossard, QC, Redvers and District Recreation Board in Redvers, SK, and Urban Hockey Assn. of NYC, Inc. in New York City also received $25,000. Other recipients on the list either received $10,000 or $5,000.

The grants were announced Tuesday, the same day RBC announced a six-year extension of its Hockey Canada sponsorship through 2018.