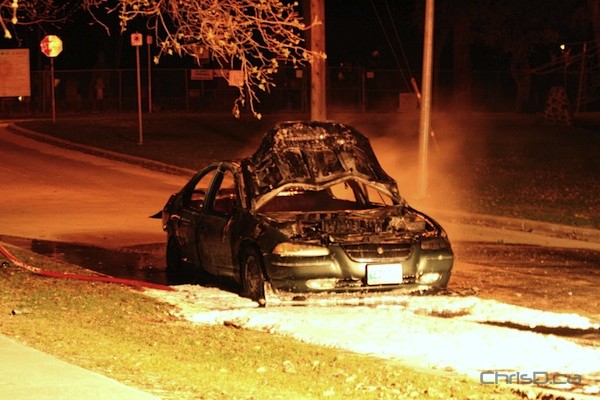 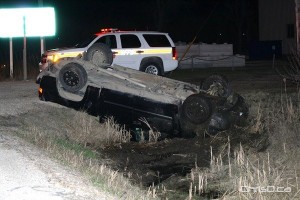 A vehicle sits on its roof in a ditch on Dugald Road after rolling early Sunday morning. (HOWARD WONG PHOTO)

Winnipeg firefighters found no shortage of calls to attend to early Sunday after a vehicle caught on fire shortly before 2 a.m.

The four-door sedan burst into flames on Fowler Street near St. John’s Avenue. The cause of the fire is under investigation and there is no word on any injuries.

Then about half an hour later, two people were taken to hospital after a vehicle rollover at the corner of Dugald Road and Ravenhurst Street. No word on what led to the accident.