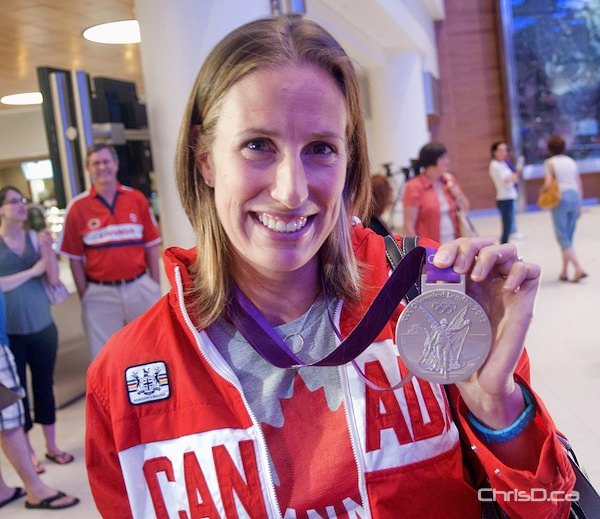 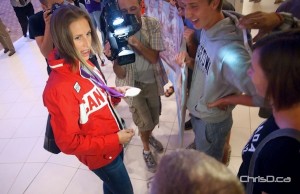 The 29-year-old received a similar warm welcome that fellow hometown Olympian Desiree Scott did on August 13 after the Summer Olympic Games in London.

Hanson was greeted by family, friends and fellow rowers from the Manitoba Rowing Association when she arrived at the James Richardson International Airport shortly after 10:30 p.m.

“It’s late at night and there’s so many people here, it’s exciting. Thank you so much for coming,” Hanson said of the reception.

The Canadian women’s eight rower is in town for two weeks before returning to London, Ontario where she resides.

Hanson said she’s most looking forward to spending the long weekend at her cottage surrounded by friends and family.