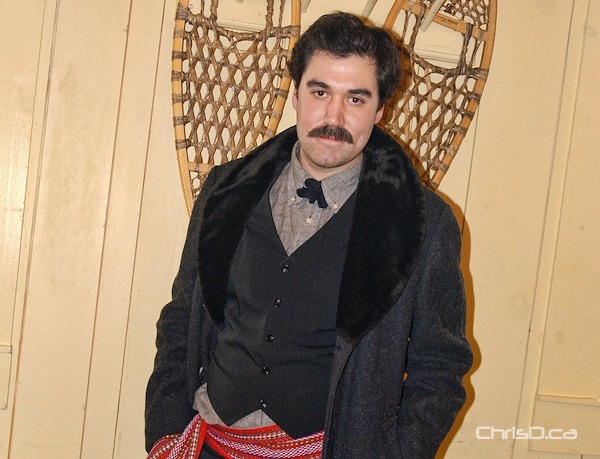 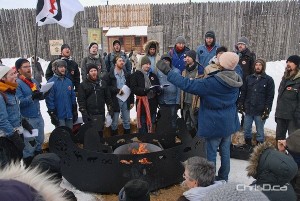 Despite the blistery weather conditions, Louis Riel Day brought out some hearty Manitobans to Festival du Voyageur on Monday.

Voyageur Park was the hub of several activities, including a performance by the Riel Gentlemen’s Choir (right). Organizers say they weren’t expecting to break any attendance records on the provincial holiday, but were pleased with the turnout by those who made the trek out.

The park will be closed today and Wednesday to accommodate school groups, but will reopen on Thursday. A number of satellite locations around the city will continue to host Festival-related events all week, including Le Garage, Club St-B and other venues with planned entertainment. Visit HeHo.ca for a complete list.