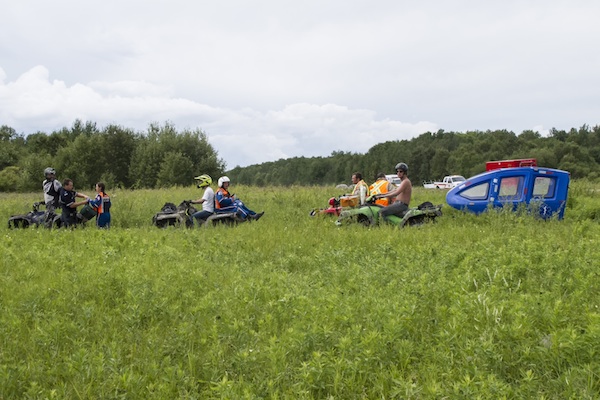 A 29-year-old man was rescued near Stead, Manitoba on Sunday after rolling his ATV and sustaining injuries.

The accident happened around 2 p.m. in a wooded area near the community.

STARS air ambulance was dispatched and landed in rough terrain. Other quad operators transported the medical crew to the scene, according to a STARS spokesperson. The helicopter was repositioned to allow easier access to the man.

The victim was transported to Winnipeg’s Health Sciences Centre in unstable condition.

← Previous: Taking a Spill with 'Islendingadunk' in Gimli Next: Lightning Dust, Indigo Girls in the City This Fall →
Tags: Accident