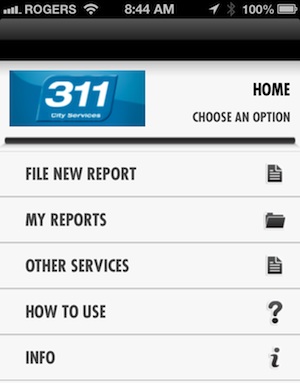 Citizens can report potholes, graffiti and other matters needing attention more easily through a new app launched by the City of Winnipeg.

The Winnipeg 311 App for iOS and Android devices allows users to communicate with city staff more efficiently to make a report, send photographs relating to their request, and checking on the status of a service request.

Since launching on January 16, 2009, the city’s 311 service has handled more than 8 million calls and over 230,000 e-mails from its downtown call centre on the 5th floor of cityplace.