Home » News » Highway 9 to Winnipeg Beach to Get $45M Upgrade

Highway 9 to Winnipeg Beach to Get $45M Upgrade 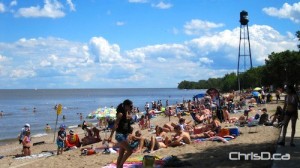 The province is spending $45 million to upgrade Highway 9 from Winnipeg to Winnipeg Beach.

The construction — announced on Tuesday — will span five years and include paving, concrete reconstruction, and structure replacement at the Grassmere Drain.

“This busy Interlake highway is important to local families and businesses, tourists and commercial travellers,” said Interlake, Infrastructure and Transportation Minister Steve Ashton. “We know the best way to encourage growth in our rural economies is to invest in roads and bridges.”

Manitoba announced $26 million in 2007 for upgrades on the same highway, which included two bridge rehabilitations and intersection improvements around Manitoba Avenue in Selkirk.