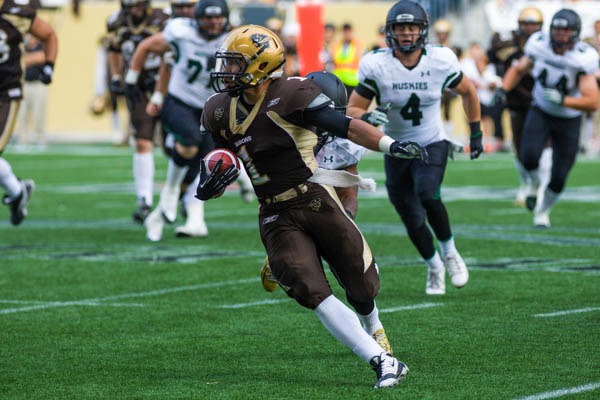 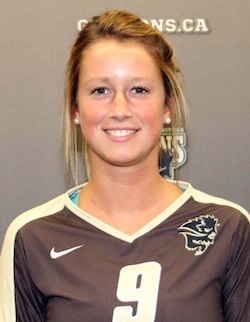 Two Manitoba Bisons athletes were honoured over the weekend during the annual Brown and Gold Banquet.

Habing’s selection continues the dominance of the women’s volleyball program, as it is the third time in the last four seasons that a player from the program has been named to the yearly honour. Habing’s team captured the national CIS championship on March 2 after sweeping Regina 3-0.

Coombs had a record-breaking season as he was recognized for a third consecutive season at the CIS and conference level in his third season at Manitoba in the 2013-14 season. The football program played their inaugural season at Investors Group Field on campus and hosted/won a playoff game for the first time since winning the Vanier Cup in 2007.

Bison women’s volleyball coach Ken Bentley was selected as 2013-14 Bison Sports Coach of the Year while Bison Sports Rookie of the Year award winners announced were Rebekah Sass plus co-winners Andre Arruda and Adam DeJonckheere along with Gary Johnson as the Pat Gill Legacy Award winner.