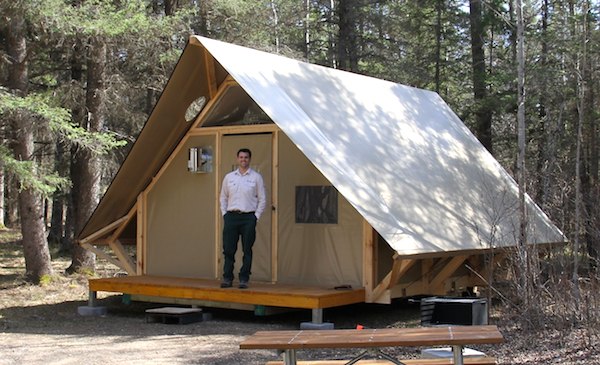 Riding Mountain National Park will get 20 additional oTENTiks this summer.

The popular camping-style structures will be in the Wasagaming Campground as part of improvements announced by Parks Canada on Monday.

Further improvements in the campground include eight renovated washroom buildings and more than 200 improved sites. For the 2016 camping season, over 130 existing sites will be upgraded to have water and electrical utility services.

Work will also soon begin on resurfacing Highway 10 through the park as part of a previously announced $36.4 million in federal infrastructure spending.

An additional $2.7 million will be spent on the campground.