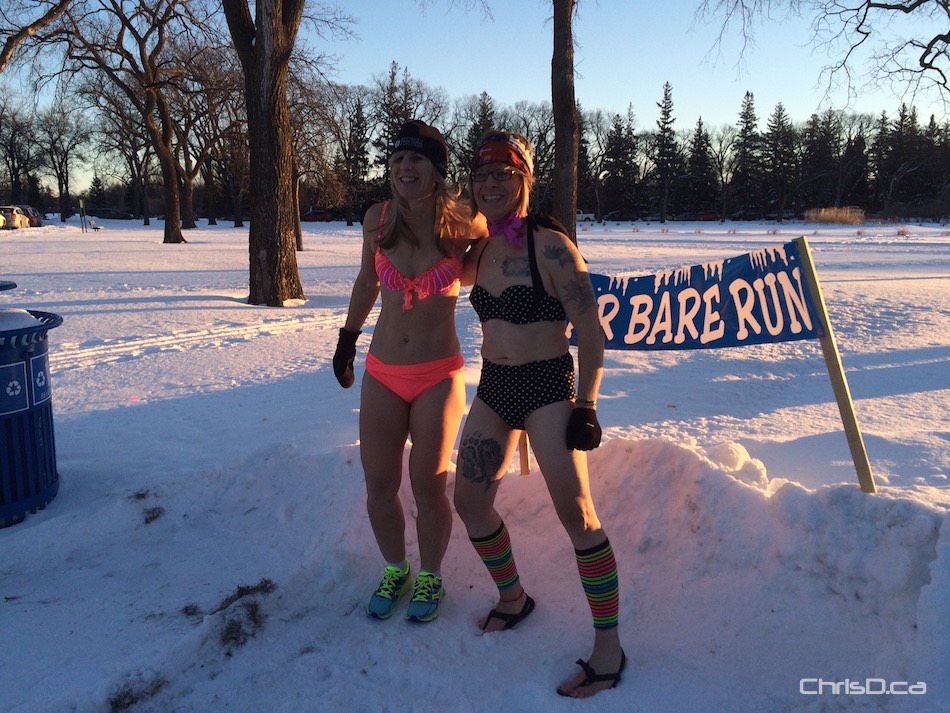 New Year’s Day is well known for people around the world to take the plunge in cold, icy water as part of polar bear dips. 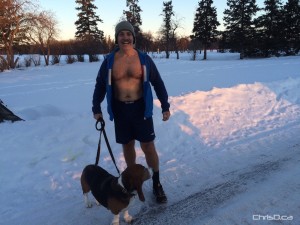 However in Winnipeg, folks strap on their running shoes and head out to Assiniboine Park in their underwear or bathing suits to jog 700 meters in the frigid temperatures in something called the Polar BARE Run.

The event started 15 years ago when a couple who had moved to Winnipeg from Victoria thought instead of organizing a polar bear dip on January 1, why not a brisk run in the freezing cold? And do it with as little clothing as possible.

It has become a New Year’s Day tradition that is more of a word of mouth event as opposed to being something officially organized. The rules are you show up just before the 9 a.m. start time, wear as little as legally possible and have fun.

Cars were lined up with participants waiting inside for as long as possible before they had to expose their skin to the chilly elements.

The temperature at race time was around -11, but the wind made it feel even colder than that. Most people commented that this is one of the warmer days they’ve had for the run. 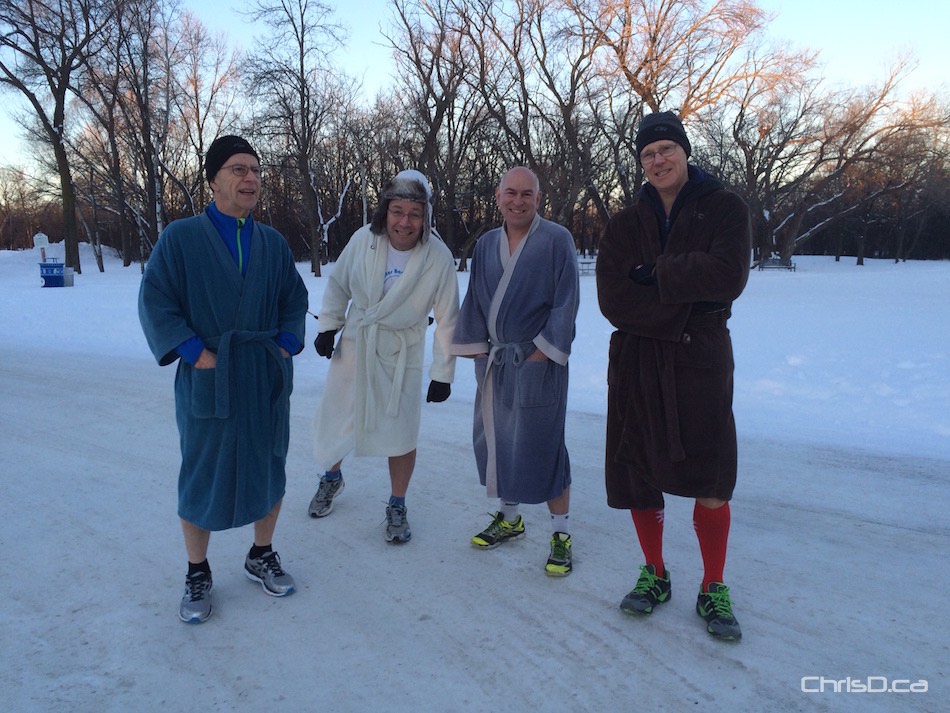 While some of the estimated 100 runners remained huddled in their bath robes or jackets until the final countdown, others stripped to their skivvies well before, hopping around to keep warm and posing for pictures.

Local distance runner Steve Lambert was the first to finish. When asked what his time was, he said “don’t know… this was more of a fun run.”

Once the race was over, participants quickly grabbed their clothes and raced again, this time to their warm vehicles.