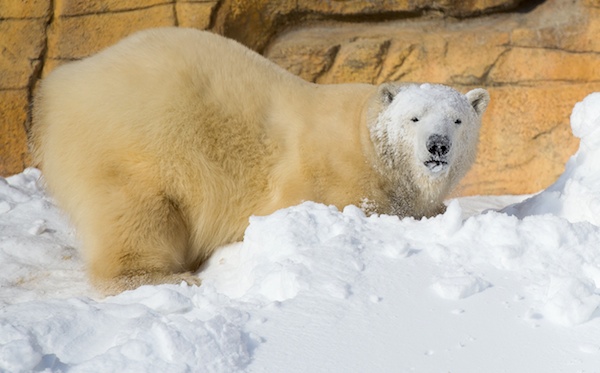 Hudson playing in the snow at Assiniboine Park Zoo. (HANDOUT) 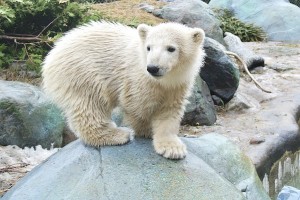 Hudson and Humphrey will be heading back to their birth place at Toronto Zoo on October 11. The pair arrived in Winnipeg separately to take up residency in the Journey to Churchill exhibit. Hudson arrived in January 2013, while Humphrey came to join him in March 2015.

“We are very grateful to have had Hudson and Humphrey here in Winnipeg for the last few years and to have given them the opportunity to become socialized with our other polar bears,” said Gary Lunsford, head of zoological operations at Assiniboine Park Zoo.

“While they will certainly be missed by our staff and visitors, we know that Toronto Zoo is very excited for their return.”

Once they leave, Assiniboine Park Zoo will be home to seven polar bears, all of which are rescued bears from Manitoba’s north.

The zoo is planning celebrations from October 1-10 where visitors can bid farewell to Hudson and Humphrey.