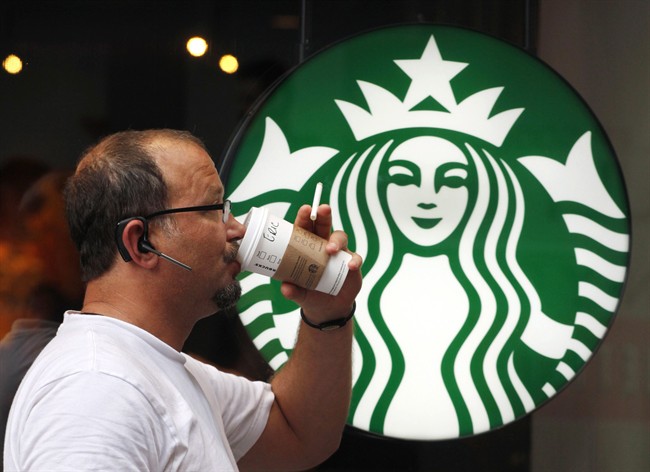 In this July 11, 2013 file photo, a man drinks a Starbucks coffee in New York. (THE CANADIAN PRESS/AP/Mark Lennihan)

WINNIPEG — No one was injured Sunday night when two men fired off three rounds from a small calibre handgun inside the Starbucks located at the Health Sciences Centre.

Winnipeg police say two men chased another man into the restaurant at around 10 p.m. The victim ran behind the counter at the time the gun was fired.

All three men are said to be about 19-years-old and fled the area.

Police say no one was hit by the gunfire, but investigators have collected spent casings for further analysis.

The restaurant is located inside the Canad Inns hotel.

A hospital worker says the facility in the 700 block of William Avenue was placed into lockdown for about 20 minutes during the incident.

The Winnipeg Regional Health Authority says ambulances were temporarily diverted, but had a significant trauma occurred in the community, WFPS would have contacted HSC to assess their capacity to take the cases.

The suspects fled in a black/charcoal SUV with a roof rack. They are described as an aboriginal man with a medium build, black hair, some facial hair and the suspect believed to be carrying the gun.

The second suspect is described as a black man, approximately 6’1″ tall, skinny build and facial hair.