Bus Driver Dies After Stabbing at University of Manitoba

Police search for evidence at the scene of a fatal stabbing of a bus driver at the University of Manitoba in Winnipeg, Tuesday, February 14, 2017. (THE CANADIAN PRESS/John Woods) 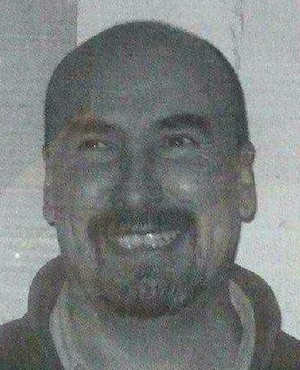 WINNIPEG — A Winnipeg Transit driver has died following an overnight assault at the University of Manitoba.

Irvine J. Fraser, 58, died after he was stabbed at around 1:55 a.m. Tuesday in the area of Dafoe Road West and Gillson Street on the U of M’s Fort Garry campus. The driver was sent to hospital in critical condition and later pronounced deceased.

A 22-year-old man fled the scene and was found by members of the canine unit on the frozen Red River between Freedman Crescent to the north and Marine Drive to the south. Police say the suspect was arrested and brought to the river bank. An officer with the canine unit returned to the river to investigate and fell through the ice. A rope was tossed to him and he was pulled to safety. He wasn’t injured in the incident.

“This is a rare occurrence,” said Winnipeg police Chief Danny Smyth. “It is a shocking story any time a public servant is killed while working.

“We don’t think things like this are going to happen.”

The university says there is no safety risk to students or staff and they are cooperating with the police investigation.

U of M president David Barnard released a statement on the attack:

On behalf of the entire University of Manitoba community, I wish to convey our deepest sympathy to the family of Mr. Irvine Fraser, the transit driver killed Tuesday morning on the Fort Garry Campus. All of us wish them strength in this difficult time.

I also extend condolences to the deceased’s colleagues at Winnipeg Transit, and thank them for the invaluable service they provide to our community every day. Our wishes are for their continued safety.

Thank you also to the Winnipeg Police Service. WPS has the suspect in custody and has confirmed that there is no ongoing security concern; the suspect has no evident association with the University of Manitoba.

Our community is reassured by the arrest that has been made. At the same time, our hearts and minds remain with the family and loved ones of Mr. Fraser.

Tragic events like this morning’s reaffirm our collective commitment to building a stronger, safer shared community.

The Amalgamated Transit Union also released a statement on their website.