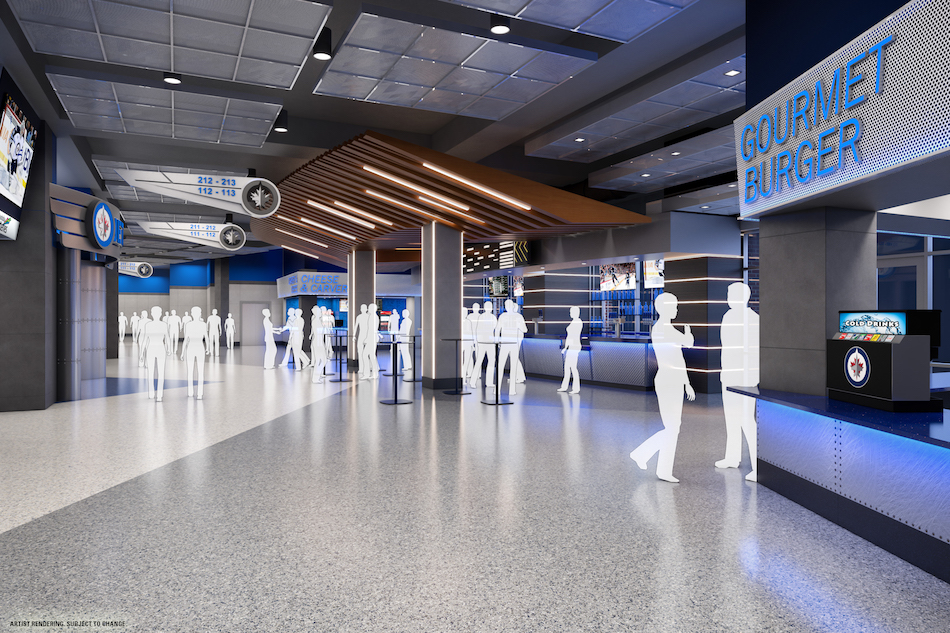 As part of its concourse renovations project, a new no re-entry policy at MTS Centre will come into effect on September 1. (TNSE / HANDOUT)

WINNIPEG — Want to grab a less expensive beer elsewhere between periods at a Winnipeg Jets game? You’re out of luck.

As of September 1, MTS Centre will be implementing a no re-entry policy for fans to all hockey games and events at the downtown arena.

“The no re-entry policy will allow us to have greater control of the air temperature year-round as it will eliminate frequent entering and re-entering the building, which currently lets in extremely cold air in the winter months and hot humid air in the summer months,” said Kevin Donnelly, senior vice-president of venues and entertainment,

“This policy will provide greater air quality and comfort for everyone, and allows us to use less energy in the process.”

Donnelly says MTS Centre is one of the last arenas in the NHL to introduce a no re-entry policy.

Re-entry exceptions, such as emergencies, childcare or medical reasons, will be determined on a case-by-case basis by event staff and security.

True North also maintains a no re-entry policy at the Burton Cummings Theatre, which has been active for the past 18 months.