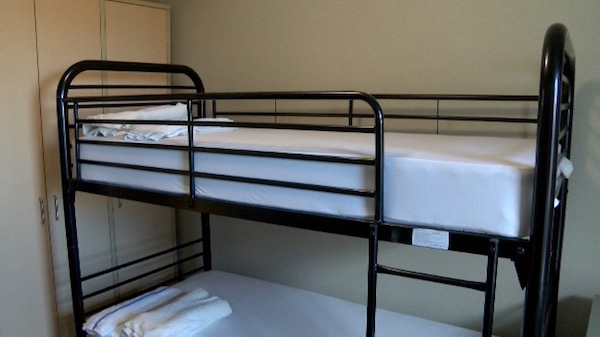 A bunk bed in one of the rooms that will house athletes at the 2017 Canada Summer Games. (CHRISD.CA)

WINNIPEG — Some could say it takes a village to get the 2017 Canada Summer Games Athletes’ Village ready in time, but with just days before the first competitors arrive, the finishing touches are nearing completion.

The University of Manitoba is offering up three of its student residences to house athletes from across Canada, ranging in age from 11 to 21. Arthur V. Mauro, Pembina Hall and Mary Speechly Hall will all act as hubs for athletes during their downtime.

About 2,000 athletes will stay at the U of M, while satellite villages in high schools in Gimli and Kenora, Ontario will also provide space for athletes competing in those areas.