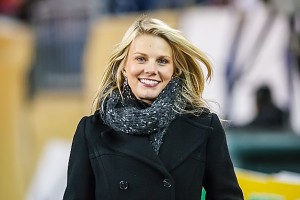 Winnipeg Jets fans not in attendance at Bell MTS Place will be able to catch 60 regular season games on TSN for the 2017-18 season.

The Jets and their host broadcaster released the upcoming TV and radio schedule on Friday, which kicks off on TSN3 October 9 when the Jets face the Edmonton Oilers.

Jets games on TSN will be available in Manitoba, Saskatchewan, Nunavut, the Northwest Territories, and parts of Northwestern Ontario including Kenora, Dryden, and Thunder Bay.

Sara Orlesky will continue to be TSN’s on-air host for all home games and select road games.

The Jets will also air on “Hockey Night in Canada” 13 times and on Sportsnet nine times.

On the radio side, TSN 1290 will continue to be the Voice of the Jets, featuring Dennis Beyak and a variety of colour analysts. Play-by-play calls are handled by Beyak and Paul Edmonds. They are joined by analyst Brian Munz.