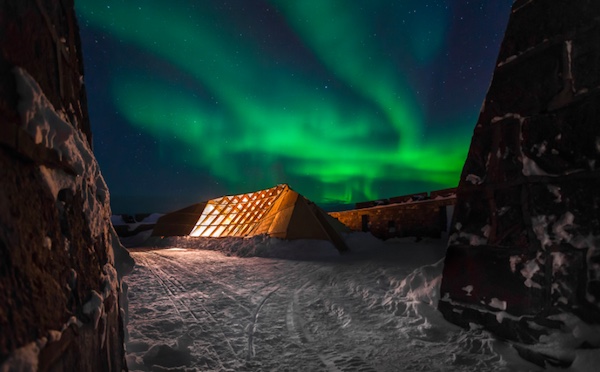 The high-in-demand wintry pop-up restaurant Manitobans have come to love is branching out to three separate locations this season.

RAW:almond is extending its table to include Gimli, Winnipeg and Churchill as it marks its sixth year.

“We created RAW:almond as a place to bring people together to meet, learn, love and share a Canadian experience like no other. We are excited to take the RAW dining concept across Manitoba and share the culinary tradition we’ve created in Winnipeg with new communities,” said deer + almond chef and owner, Mandel Hitzer.

Along with designer Joe Kalturnyk, each of the three pop-ups will be created through a unique architectural concept to house the 16 visiting chefs.

Tickets for the Winnipeg seatings on the Red and Assiniboine rivers go on sale Sunday, December 10 at 9 a.m. on a first-come, first-serve basis at The Forks. Remaining tickets will go up for sale online on December 11 at 8 a.m. Prices are $169 including taxes and fees.

Tickets for Gimli are $182 each and available online now. For Churchill seating, visit frontiersnorth.com for packages.

← Previous: How You Can Help the Christmas Cheer Board This Holiday Season Next: 21 Drivers Charged During First Week of RCMP Checkstop Program →
Tags: Churchill | Food | Gimli | Winnipeg | Winter