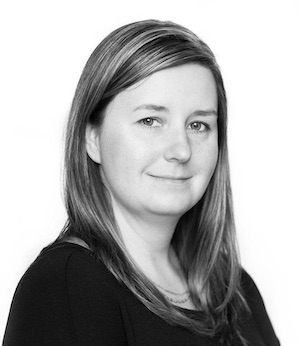 WINNIPEG — A labour leader in Manitoba has resigned from her job over what she says have been sexist remarks and dismissive treatment by some of her male colleagues in the labour movement.

Basia Sokal surprised about 50 people at a Winnipeg Labour Council meeting Tuesday night when she announced she was resigning as president after two years on the job. The council is an advocate on municipal labour issues in the city and is part of the Canadian Labour Congress.

“In the last 12 months alone, I have seen and heard and been experiencing some of the worst things that you could ever imagine,” Sokal told the crowd.

“I’ve got about six pages of things that have been said to my face … and I just want to mention that these were all said by brothers — brothers in the movement, brothers of labour.”

Some men made comments about her breasts, Sokal said. Others told her to just agree with what she was being told.

“‘You women are all the same. If you don’t like what is going on, why don’t you just leave?'” she said one man told her.

She did not mention anyone’s name.

It became clear, Sokal said, that she was expected to keep her opinions to herself and defer to others.

In an interview Wednesday, she said she took her concerns to the Canadian Labour Congress last spring and was told there would be some sort of followup. She also spoke to officials at Manitoba NDP headquarters about one man who was on a party committee, she said.

Sokal was directed to the federal party, she said, which told her in February it was still looking into the matter but had been busy with other things.

Sokal said she felt she was running out of options.

“There are several people … higher up in the labour movement, that knew what was going on,” she said.

“The systems don’t allow for change.”

Kevin Rebeck, president of the Manitoba Federation of Labour, said he was surprised by Sokal’s resignation and suggested that workplaces need to improve.

The Canadian Labour Congress said it hadn’t yet heard directly from Sokal but was planning an investigation.

“We have heard a podcast of the (Tuesday night) meeting and obviously it’s very concerning,” said Darla Deguire, the congress’s Prairie region director.

“We’ve reached out to Basia Sokal. Obviously we want to learn more and we want also to make her aware and explain the investigative process.”

Sokal said she would like to see changes in the labour movement, starting with a more inclusive environment.

“I want to see different voices at the table and not just the typical Old Boys club that it actually continues to be.”