The Forks ups its cool factor for hot summer nights 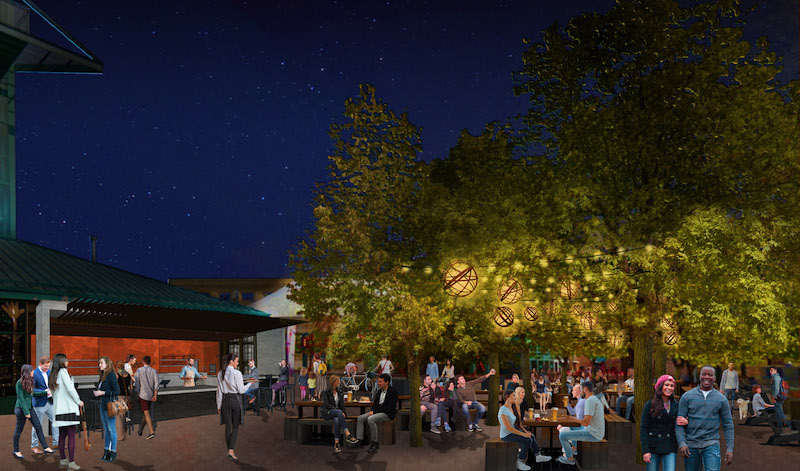 An artist’s rendering of The Common, an outdoor summer version of The Forks’ popular eating and drinking area. (HANDOUT)

WINNIPEG — Everybody knows The Forks is the place to be in the winter, and now the market is stepping up its summer game.

Visitors will soon be able to sip and sit on a beverage in a new licensed area on the upper plaza. Drinks, anyone?

“Patio season in Winnipeg is a sacred thing,” said Paul Jordan, CEO of The Forks. “We will now be able to offer an outdoor area for dining and socializing like none other in the city. The Common is expanding outside in time for this summer.”

The Common — if you’re unfamiliar — is the main gathering hub inside The Forks, offering endless food and drink options in a cool atmosphere, sandwiched between a beer and wine bar at one end and a funky coffee kiosk at the other.

Officials say the new space is the first of its kind in the province and will be bordered by planters to show visitors where alcohol is permitted.

“You will be able to buy a beer inside or outside and wander both spaces freely. It’s a great next step that builds on the success of The Common,” Jordan adds. 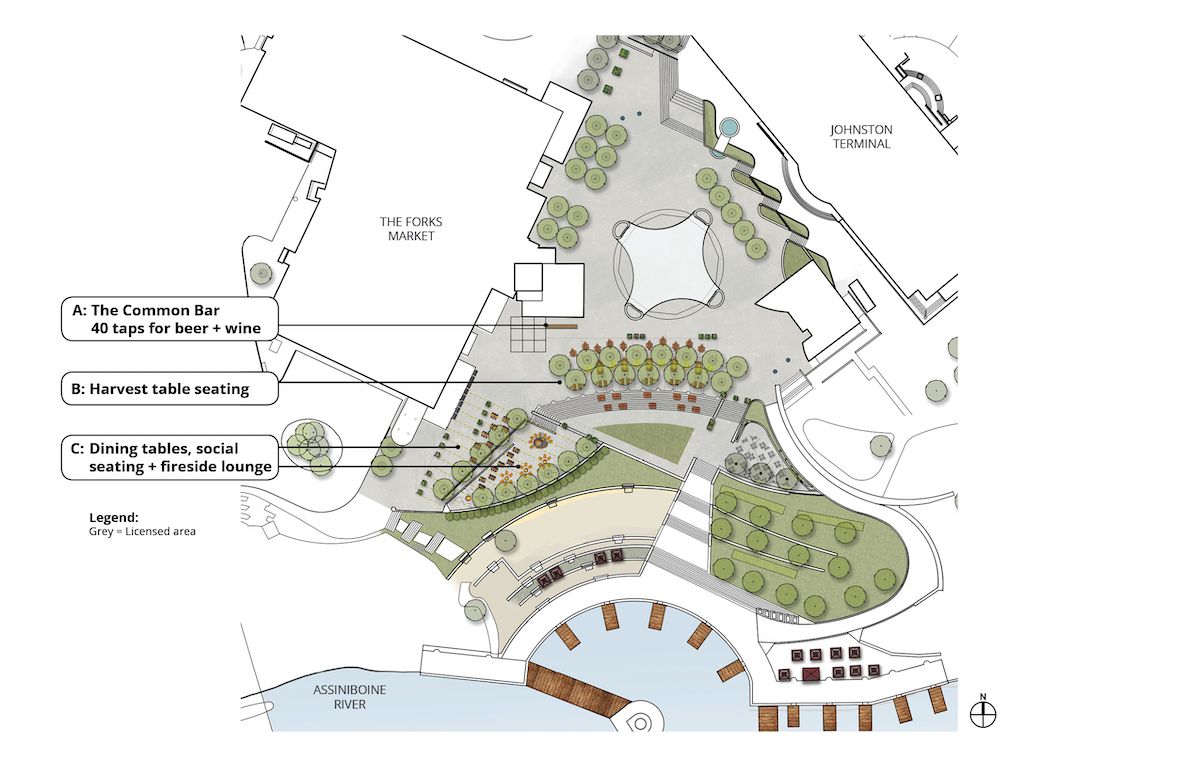 An aerial view of The Forks’ outdoor Common, set to open this summer. (HANDOUT)

The space will accommodate 250 communal seats and no purchase is necessary to enjoy the seating area.

Lighting, firepits and music will also be part of the experience.

Construction will be completed in time for the summer season. Previously, the same space was occupied by two existing restaurant patios, which have since shut down.