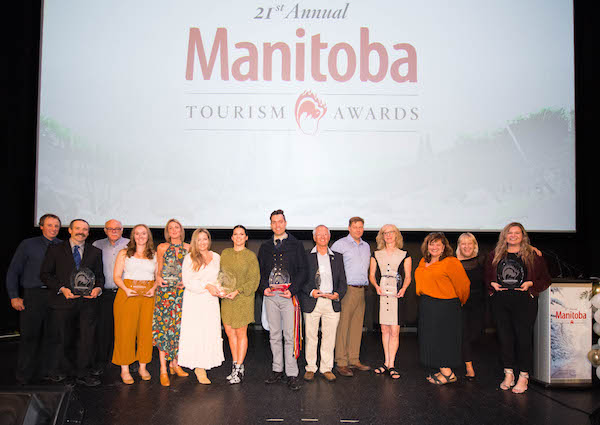 WINNIPEG — The best of the best in Manitoba’s tourism sector was honoured Thursday night at the 21st annual Manitoba Tourism Awards.

The awards show and gala dinner at The Metropolitan Entertainment Centre handed out nine awards to recognize the most outstanding contributions to the province’s tourism industry.

“With Lonely Planet naming Manitoba as one of the top 10 regions in the world to visit in 2019, our tourism industry continues to set the bar high. What all of the 88 nominees, 27 finalists and nine winners have in common is the ability to offer exceptional service along with engaging and distinctive experiences that are the core of our province’s tourism industry.”

Volunteer of the Year Award
Richard Winton: Demonstrating leadership and team spirit, this enthusiastic volunteer has trained over 95% of new volunteers at Assiniboine Park and Zoo over the last six years.

Innovation Award
St. Labre 200: This small community is becoming known as the go-cart capital of Manitoba thanks to an innovative event welcoming 1,700 racers and spectators.

Partnership Award
Third + Bird Clear Lake Summer Market: With the goal of boosting the profile of both brands, this partnership created a new signature event in Riding Mountain National Park.

Award of Distinction – Ambassador
Karly McRae: Over the last 10 years, Karly has grown into a champion for tourism and economic development in Clear Lake Country in Riding Mountain National Park as the owner of Lakehouse Properties and the founder of Clear Lake Country destination marketing organization.