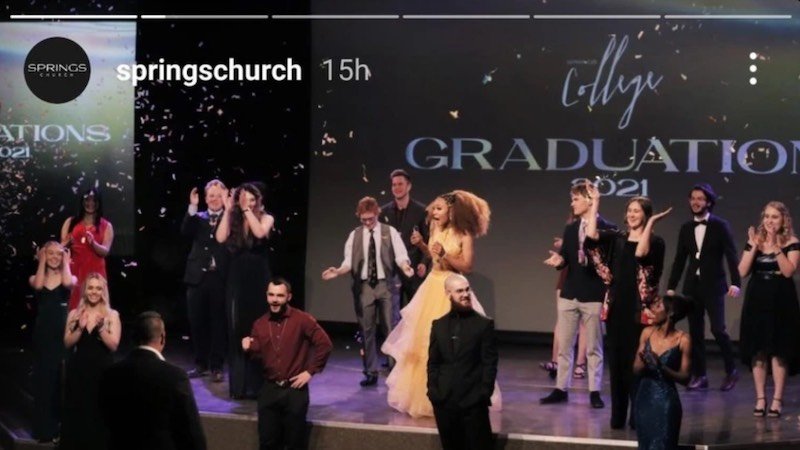 WINNIPEG — A Winnipeg church has been accused of breaking COVID-19 health orders by holding an indoor graduation ceremony.

The Manitoba government has issued a court summons to Springs Church over the event last month that saw high school graduates gather indoors for a ceremony broadcast to people sitting in cars outside the church.

The church faces two counts of violating public health orders — holding an indoor gathering and failing to remind people to wear masks while indoors — the government said in a press release Tuesday.

The church did not return requests for comment. In a statement in May, church officials said the grad ceremony was a closed television shoot inside a studio with 18 students who had been together during the school year.

Springs Church launched a court challenge last December against the province’s ban on gatherings, which at the time also forbade drive-in religious services. A judge rejected the church’s request for an interim stay of enforcement of that rule until a full hearing could be held.

Health officials reported 116 new COVID-19 cases Tuesday and two deaths. It was the third consecutive day that new cases were below 200, after reaching 603 last month.