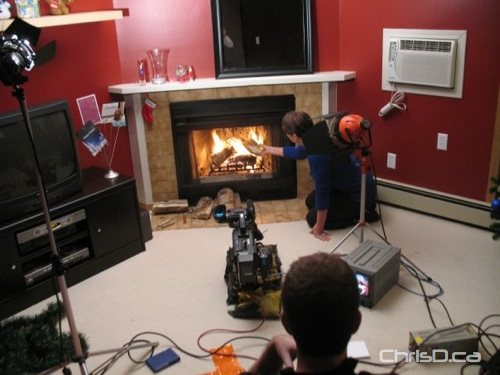 MTS Allstream announced Thursday the launch of their “Triple Blaze” fireplace, which gives customers the ability to watch a virtual fireplace on TV, the Internet or on their cell phones. Previously, the fireplace was only available in one medium.

The press release conveniently left out the small print stating that opening up your mobile browser to stream the fireplace will likely cost about a dollar per minute in data charges.

Most people likely still prefer the Yule log on Shaw TV (above), which went live again this year quite some time ago.