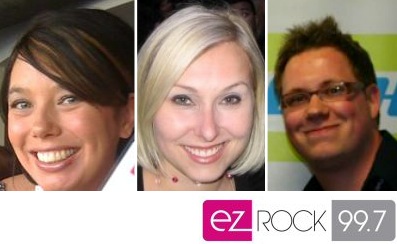 Kim Sullivan, Sarah Kay and Jeff Kelly (L>R) are all part of the new on-air lineup at the station.

EZ Rock flipped the switch earlier today and is being marketed as the best soft rock and pop rock music from the past five decades.