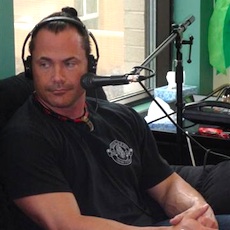 The former Winnipeg Blue Bomber joined the station in March 2009 alongside Caroline Hunter.

Westwood’s departure was part of a restructuring phase, and a source at the station says there was “no bad blood.”

His last day on-air was this past Monday. Caroline and Mike Alan will assume full-time morning duties from now on.

Westwood recently participated in the reality TV show “Wipeout Canada,” where he competed to win a $50,000 grand prize. The episode is expected to air this spring on TVtropolis.