Home » News » Tory Leader McFadyen to Serve Until Next Fall

Tory Leader McFadyen to Serve Until Next Fall 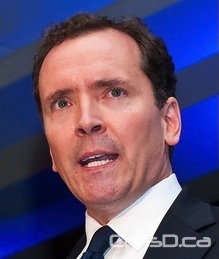 A date has been chosen to elect a new leader of the Manitoba Progressive Conservative Party.

The party will hold a leadership convention on October 27, 2012 to replace Hugh McFadyen. The Manitoba PC Party’s Executive Council met Saturday to discuss the upcoming convention, which will be overseen by Ken Lee, the party’s chief financial officer. Lee will chair the Leadership Election Committee.

McFadyen announced on election night — October 4 — that he would be stepping down as party leader after the Tories failed to gain more seats than the 19 they had going into the election.

McFadyen will retain his role until a new leader is elected.