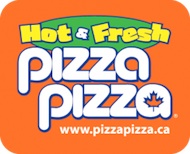 Hockey fans attending Winnipeg Jets home games will have an additional menu option after a new partnership was announced with the team on Monday.

Pizza Pizza has joined forces with True North Sports and Entertainment to include a quick-serve restaurant in the concessions area at MTS Centre.

“We’re very excited about this new agreement. The city of Winnipeg is great, with excellent demographics for us,” said Pat Finelli, chief marketing officer for Pizza Pizza.

The company hopes to have 10 locations in Manitoba by the end of 2012. It has four locations in the province currently, all of which are in Winnipeg.